The Kyoto agreement is becoming a significant burden for the EU.

In the EU’s current Environmental Action Program, the limitation of climate change has been upgraded to one of the European Commission’s top priorities. The EU has committed itself to reduce its emissions of greenhouse gases by 8% in the years 2008-2012 compared to emissions in the year 1990.

Last month the commissioner for the environment, Margot Wallström, gave a speech at a Brussels climate change conference about the implementation of the Kyoto protocol for the EU. She expressed great worry over the European Environment Agency’s latest report on the increase of the emission of greenhouse gases. The EU could well miss its Kyoto targets, and she particularly stressed air conditioners in cars and other emissions of the automobile industry as factors in the growth. But the worries of the commissioner should be elsewhere.

At the time Kyoto was negotiated, EU member states had a built-in advantage over the U.S. That is because Great Britain was switching from coal to gas for electricity production and the East German economy had crumbled along with the Berlin Wall, which forced a the shutdown of many of its heavy industries. As a result, British and German carbon dioxide emissions subsequently came down well below their 1990 levels and provided a cushion for growth of emissions.

But economic growth, combined with Germany’s decision to phase out nuclear energy and greater-than-projected coal use among EU member countries, will likely leave the EU about 10% short of its 2012 target for emission levels.

The EU’s position is that, because the energy sector is the sector that contributes the most to global warming, the level of energy consumed must be reduced through structural changes. The commission wants to achieve this through several methods, such as taxation, improving the efficiency of production, improving the effectiveness of consumption, and supplanting old sources of energy with alternatives such as wind power.

The strategy of taxing energy in order to reduce its use raises the costs of production, and decreases EU corporations’ competitiveness on world markets. This is why the European Emissions Trading Directive was approved, in order to make energy use as cost efficient as possible. It is scheduled to come into effect in 2005 and allows companies to sell surplus emissions allowances.

It is no wonder that the EU is keen for emissions trading to begin as well outside the EU area. The bloc won’t be able to meet its targets without purchasing excess credits from elsewhere. This puts Russia, if it ratifies the Kyoto agreement, in an advantageous position relative to the EU, since the collapse of Soviet-era industry has left Russia well below its 1990 emissions levels, with lots of emissions credits to sell to EU members that do not meet their goals.

But even setting aside the increasing voices of dissent on the scientific justifications of the Kyoto agreement’s assumptions, the goals behind the EU’s emission trading scheme, and its effects on the EU’s society and economy, seem dubious.

Functioning markets require experimentation; they cannot be created from scratch by a diktat from the top. In a system of emission rights, governments create an artificial shortage of energy and subsequently allocate emissions rights to individual corporations. These quotas would mostly benefit a small number of large energy producers that would receive a sort of artificial monopoly on the right to generate so-called greenhouse gases. As a result, they have a vested interest in preventing any reversal of the artificial shortage, for instance as a result of technological breakthroughs or new climatological insights. In that case, their emission rights, which they may have bought for significant sums, would be worthless.

Elements of central planning would be incorporated into new areas of our market economies under the banner of exploiting market-based mechanism, which would represent a step backward in the trend toward more market and less government. 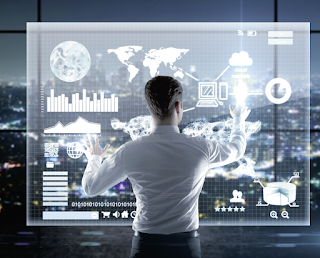