I write the Christmas 2011 Editorial for the BMJ (BMJ 2011;343:d8101) Three planks of the Pirate Party’s platform that matter to doctors.
Although the Pirate Party was initially concerned with file sharing, it has expanded its focus to include three areas that are especially relevant to doctors: reform of copyright law, respect for patients’ right to privacy, and the abolition of drug patents.
Läs även andra bloggares åsikter om läkemedel, teknik, upphovsrätt, integritet, medicin, sjukvård, storbritannien, piratpartiet, samhälle
Intressant
kl. december 23, 2011 1 kommentar: 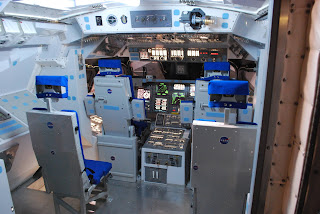 Aerosols and the climate

Venkatachalam Ramaswamy, professor at Princeton University gave the 2009 lecture in memory of Bert Bolin at Stockholm university.
The Swedish scientist Bert Bolin played an important role to display carbon dioxide effects on the climate. Already in 1959 Bolin spoke to the NAS about the potential for a 25 percent increase in carbon dioxide could have serious effects on the climate by the year 2000. Bolin alleged human activity long before his colleagues. Bolin had a head start as Swedish climate researchers could use computers for their climate science investigations.
Bolin participated in and led the work from early on to coordinate governments' efforts. He was principally instrumental in starting up and steering the UN climate panel IPCC. It was important for Bolin to have the science right from the start, before policy was discussed.

Ramaswamy's lecture regarded the role of aerosols in climate change. Particles in the air, aerosols, can form during combustion. They affect radiation balance both by reflecting or absorbing solar radiation and indirectly affect how clouds are formed. Aerosols are needed to form cloud droplets and ice crystals, and the more aerosols there are in the atmosphere, the more cloud droplets are formed.
The clouds get whiter (and brighter), and less rain falls making the clouds more long-lasting. Aerosols reflect the Sun's heat back to space, cooling the climate by cloud reflection. Changes in radiation from the sun is a minor cause of the observed 20th century climate change, says Ramaswamy. Explosive volcanic eruptions are episodic. The outbreaks emit aerosols, but they are transient and remain in the atmosphere only for one or two years.
Climate models are a mathematical representation of the major climate components and how they interact. The models consist of mathematical equations, played out on a global scale and are solved with a computer in a grid. From the results the researchers' pose hypothetical questions. What would happen if a factor that can affect climate changed? For example, what would the climate change look like if the system was driven only by changes in CO2, or just by areosols, only by solar radiation or volcanic eruptions? Then the researchers split the changes according to nature's own influence and to human impact.
This is a way to mathematically sort out the climate impacts due to the different known factors that are known to have the potential to alter the climate.
Ramaswamy looks at carbon dioxide, ozone, black carbon and organic carbon. The model shows that the influence of solar radiation and volcanic eruptions would have been such as to cool the Earth slightly over the past 50 years. In contrast, human interference with the climate has caused significant increases in the surface temperature. The model simulates the effects due to the known changes in anthropogenic and natural factors is consistent with observations of warming over the last fifty years.
Ozone and other gases are as important as the emissions of carbon dioxide for the global average. Ramaswamy showed in a model calculation for Europe the extent of the difference between natural and anthropogenic impacts incurred over the past 50 years. For the same period, the difference between the natural and anthropogenic changes can also be seen over North America and Asia. Major changes have occurred in the northern hemisphere, with the impact of both the anthropogenic greenhouse gases and aerosols proving to be important, however overall the net anthropogenic effect has been one of warming.
Model investigations of the drought situation in the Sahel area between 1970-1990 has shown that aerosols can play a role in local climate. Also, aerosols can cause important changes in the ocean's temperatures. Anthropogenic warming is likely observed on all human-inhabited continents.
The models put focus on the different forces, but all show pretty well the same line of the observed temperature changes. Professor Ramaswamy pointed out however that it is important get the right answer for the right reason. This allows researchers to investigate and try to understand the pattern of surface temperature changes, like in different areas in the U.S. What are the continental patterns of temperature changes? Not all the forces that affect climate may lead to distinct signatures in terms of temperature changes.
We still do not know enough about aerosols. It is difficult to quantify their effect especially that arising out of their interaction with clouds, which in turn complicates the precise understanding of the impact of greenhouse gases on all of the important climate variables. In order to provide recommendations for policy science needs to review better estimates of the total effect of aerosols, both in the past as well as in the future.
A Swedish version of the article can be read in Voltaire Magasin. 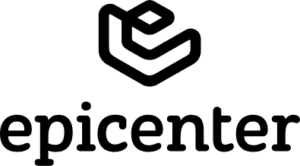